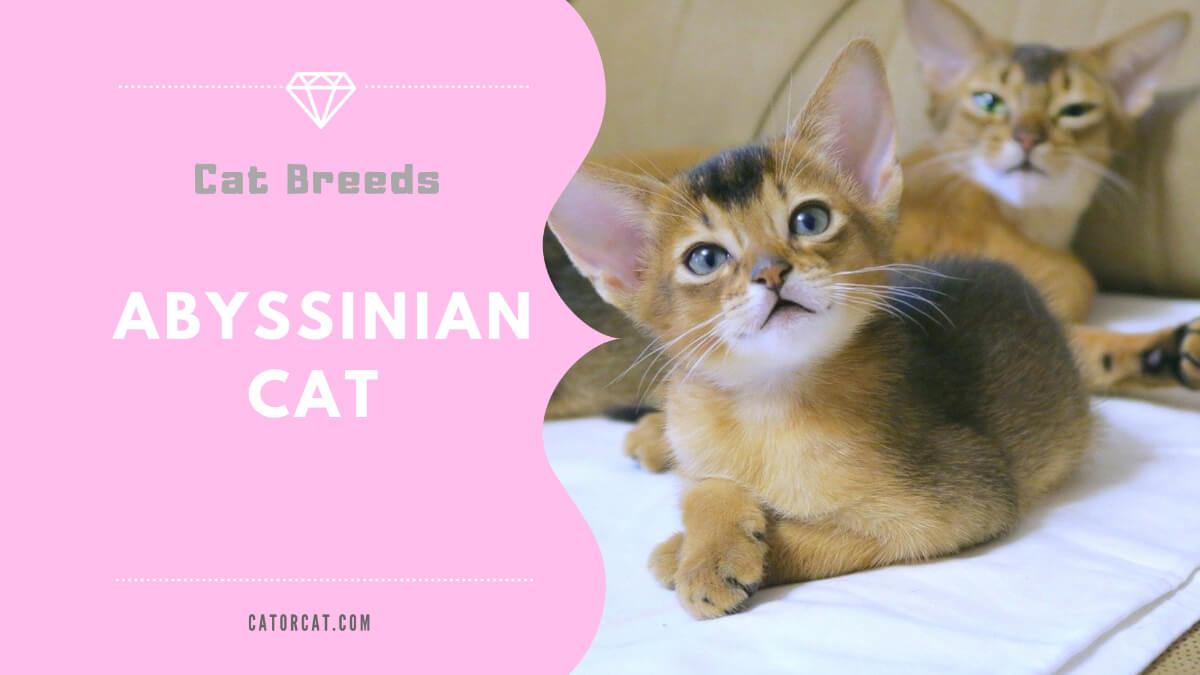 The Abyssinian breed is believed to have its ancestors in famous Egyptian kitten Zula (sacred cat) that was brought to England by a British soldier Captain Barret Leonard from Alexandria Egypt while returning after the Abyssinian war.

This famous short-haired cat has a muscular body, with the legs being extremely slender in comparison. Other noticeable characteristics include a broad head with beautiful almond-shaped eyes in beautiful shades of hazel, gold, green and copper. The paws are oval in shape and small and it has a long tail.

This special breed of tabby cats has a bouncy, dense silken coat which is usually ticked, that is the coat contains the hair of a base color which is matted with hairs of darker shades.

This domesticated cat is usually of medium height.

If properly looked after the Abyssinian cat breeds can well see their twenties.

Popularly known as the people’s cat, the Abyssinian breed is considered to be extremely warm and intelligent.

Known for their beautifully ticked coat marked by the presence of different colored bands they have a short coat which is extremely silky to touch. With high energy levels, this Egypt originated beauty can be a wonderful companion to kids. 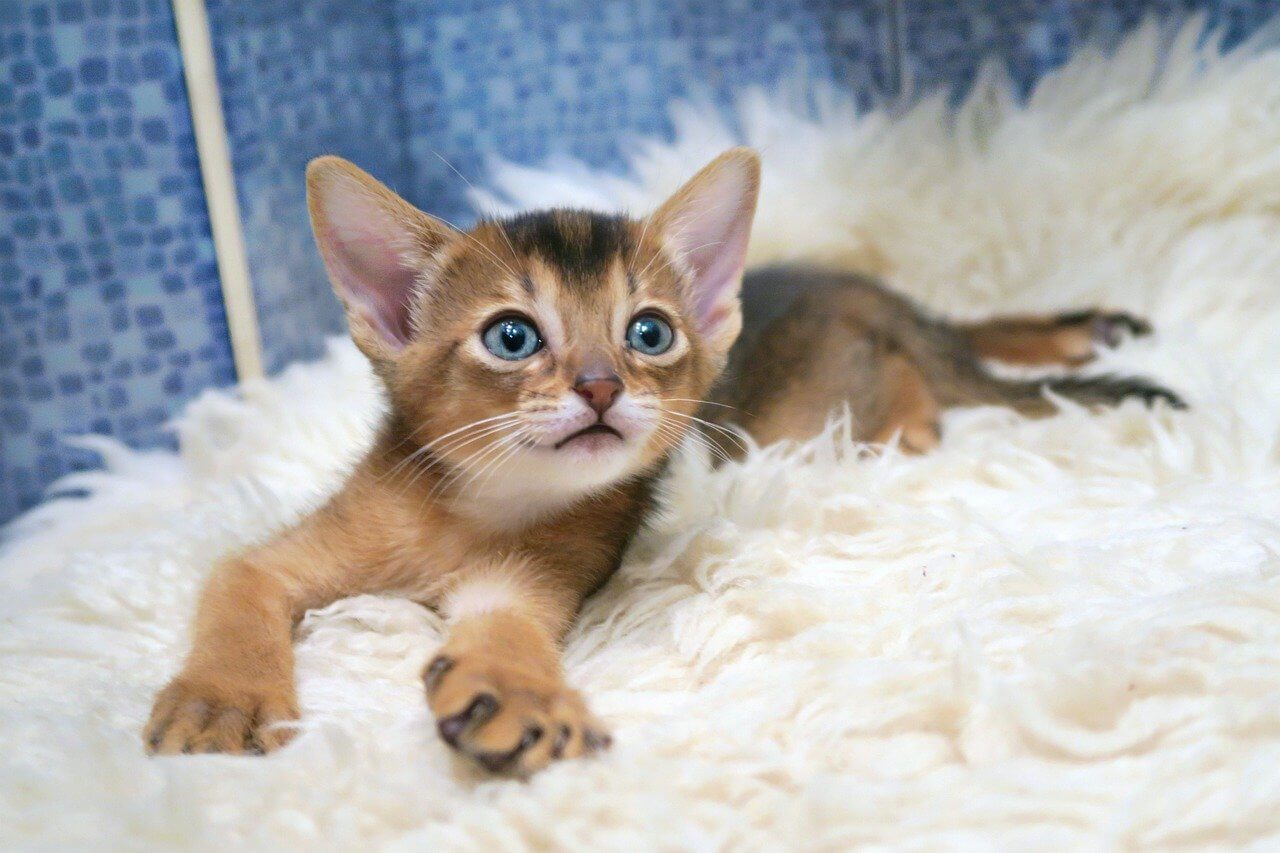 Studies reveal that the cats first became human housemates in Egyptian land more than 130,000 years before. There is also supporting evidence to show that the cats were worshiped in the temples created especially for them and their export was finally forbidden. The modern-day Abyssinian kittens are mainly imported from the United States and Holland.

Though the appearance of Abyssinian breed varies across the globe, the beautiful cats are characterized by lovely expressive eyes, firm chin and wedged-shaped ears set in a beautifully rounded face. They are known for their bouncy, shiny distinctively tickled coat where the light base color of the undercoat is filled with a mixture of dark shaded hairs.

The paw pads and back of hind legs are always of a darker shade. One noticeable characteristic of the Abyssinian breed is the appearance of M shaped patch on their foreheads.

Abyssinian cats’ personalities can be defined as playful, intelligent and one who lives their lives on their own terms. These highly energetic cats are always ready to explore the world and will not be contented being just the lap cats.

Learn how to take care of the cats!

Born with darker shades the coat of the Abyssinian kittens lightens as they age.

The Abyssinian breed is an attention seeker and requires regular affection and activity. They easily get along with other house pets but they do need their space. Occasional baths and regular brushing is required to maintain the beauty of their lovely coat.