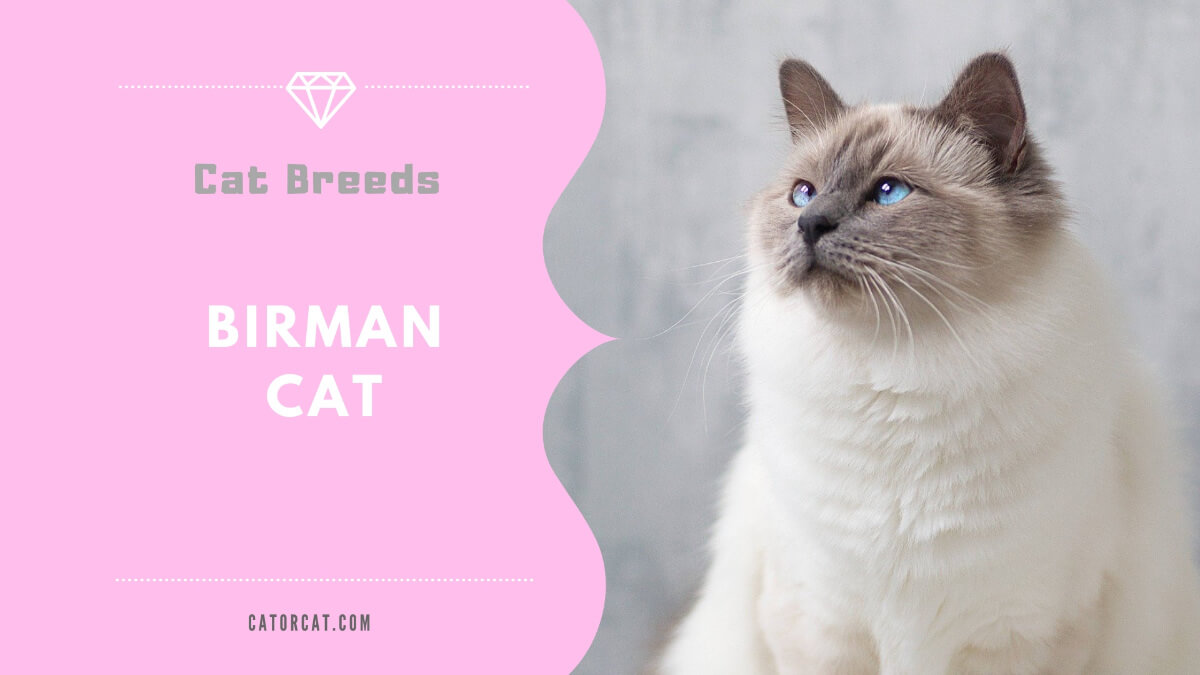 Birman cats are believed to have originated in the Asian country Burma. It is believed that these Birman cats considered extremely sacred were secretly shipped to France in the year 1920.

These cats have a silky color point coat usually in light shades of gold and the colors of eggshells but the hair on the face, legs, and ears are of darker shades. Another extraordinary feature is that these color printed cats always have white paws that are commonly known as gloves. Birman cats have thick coats but their hairs don’t get tangled or matted.

Birman cats are medium-sized but they appear to be much bulkier because of their thick coats.

To date, the oldest Birman cat has believed to have lived up to 16 years of age with the average lifespan being 12-14 years.

Birman cats have always held a place of reverence and their ethereal beauty makes them more enchanting. These cats even though they are of average size because of their glossy furry coats they appear like rag balls. Constant companions of the Burmese priests these cats are known for their lovely round blue eyes and white-glove likes paws. 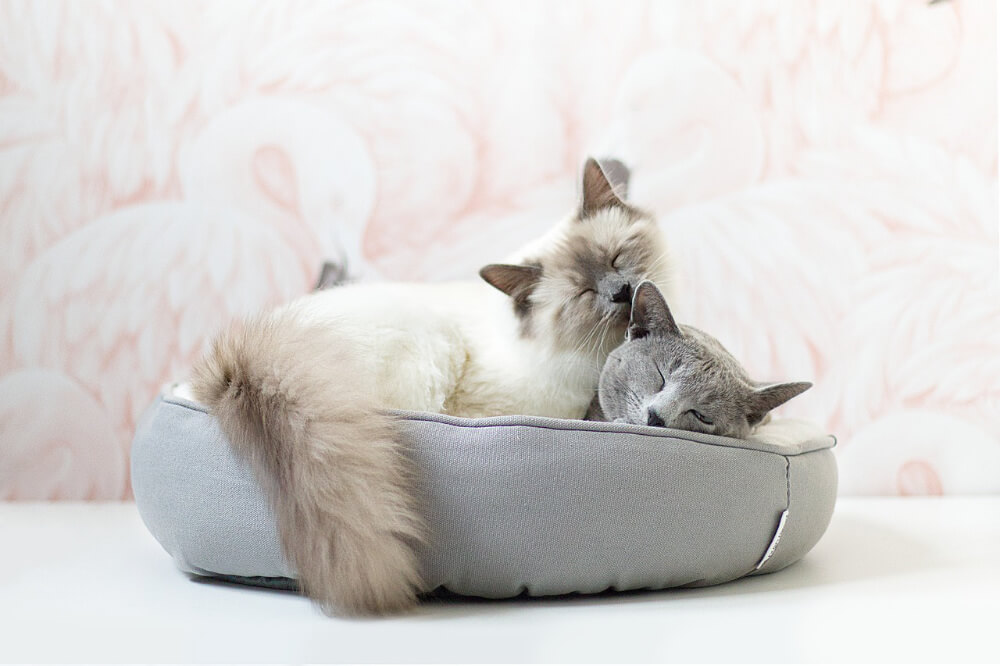 The history of the Birman cats can be traced to the Burmese temple of LaoTsun were the first Birman cats were believed to have yellow eyes and white coats and were companions of Kittah priests.

The goddess worshipped in the temple had beautiful blue eyes. One such priest named Mun-Ha had a beautiful cat named Sinh. One finds the day the temple was looted and Mun-Ha was murdered and at his time of death, Sinh placed his feet on his master and face towards the goddess.

During this time Sinh’s coat turned golden and eyes became blue and his paws remained white as a symbol of purity. Sinh died after a week and meanwhile the colors of all the temple cats changed. Since then Birman cats have golden coats and round blue eyes.

With average built but an extremely furry coat in Birman colors like golden and cream, these cats have lovely blue eyes. The cats have a distinct heavy jaw, Roman nose and full chin set in a very strong face. They are known by their famous white paws.

These playful creatures can become your best pal as they remain active even in their old age. Also reading your moods they are ready to provide you space when you are tired of working.

Birman kittens are born absolutely white and start developing their dark point colors within the next couple of weeks. The early traces of colors are seen in the ears, tails, and nose. By the age of two, they get their full-color points.

Because of the pale-colored coats, a regular wash is required to make Birman cats appear neat and clean (learn how to groom a cat). Though the hair of Birman cats doesn’t matt, regular brushing will result in a smooth and shiny coat.