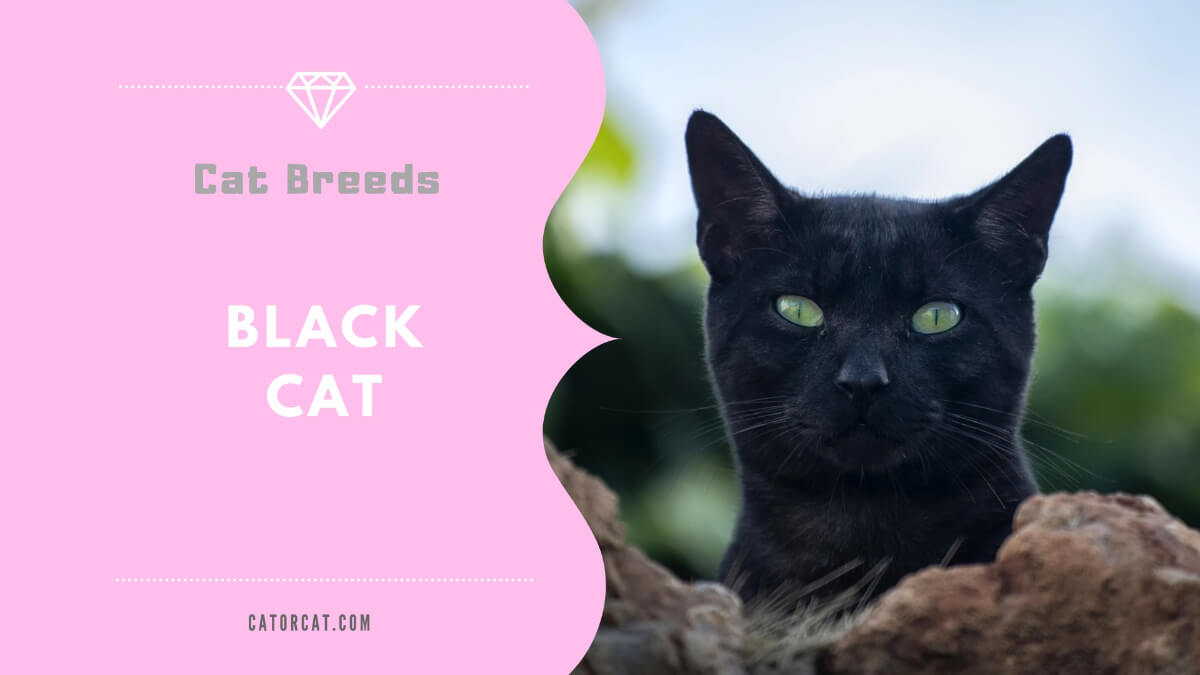 Later to improve the quality and thickness of their coat original British shorthair were crossbred with the furry Persian cats.

These British shorthair cats were then shipped by merchants to the United States and that gave birth to modern-day American shorthair cats.

British shorthair cats have a very thick plush black coat which is often defined as crisp as it breaks over the curves of the cat’s body.

Besides available in color black shorthair cats are available in shades of white, chocolate, blue, lilac, fawn and cinnamon. They are also available as colorpoint, solid shades, tabby or in bicolor patterns.

These domestic black cat breeds are larger in size then the average domestic cats and an adult male weighs between 5-10 kgs while the females are a bit lighter and smaller.

The average life span of these black cat breeds is 15-18 years, although many live past that age.

British shorthair cats are also known as “British Blues” and one of the larger and powerful breeds of domestic cats. These cats have broad chests, strong short legs, rounded paws, tail thick at the base with a rounded tip. 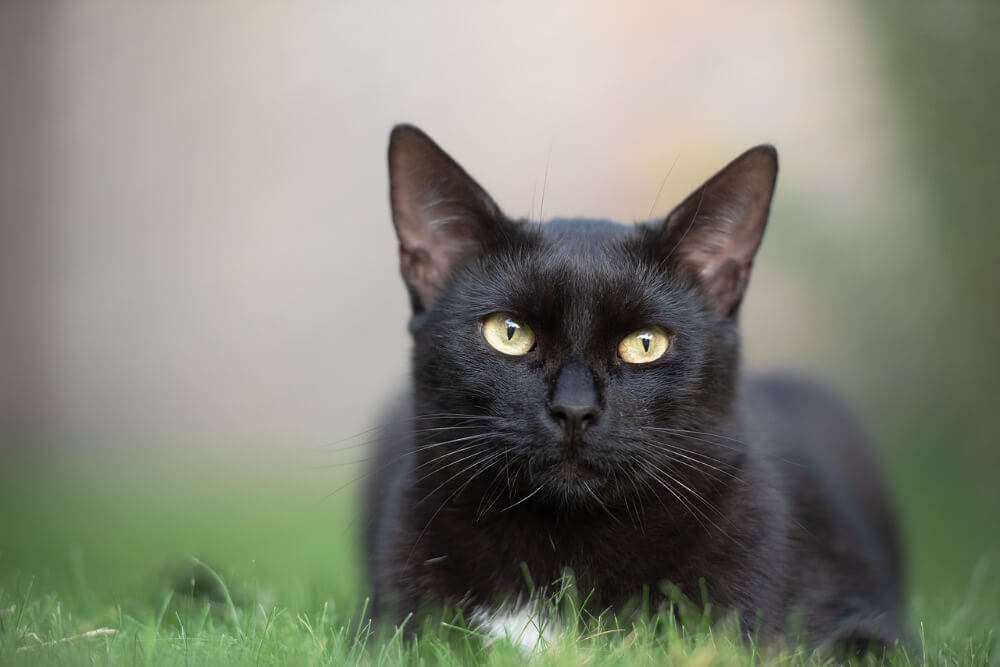 British shorthair cats were produced as a result of crossbreeding of British wild cats with the domestic cats brought to Britain by the Romans. To increase the thickness of their furry coats they were later crossbred with Persians and were first displayed in a crystal palace in 1871.

These shorthair cats have strong legs with rounded paws, broad chest and a tapered tail. They usually have a round head with a lot of distance between the two large ears. They have a sturdy body and beautiful eyes in shades of gold and copper. These cats appear to be ever smiling because of prominent whisker pads. They are like a teddy bear.

destruction and hence are popular housemates of people who are working. They seldom demand attention and are not a much vocal breed, only meowing when they are hungry which is often. These are intelligent creatures that are popular with animal trainers.

These are sturdy low maintenance breed (important cat grooming tips) which requires only weekly combing to maintain their coat. But sufficient care should be taken about their eating habits as they have the tendency to put on weight which reduces their life span.