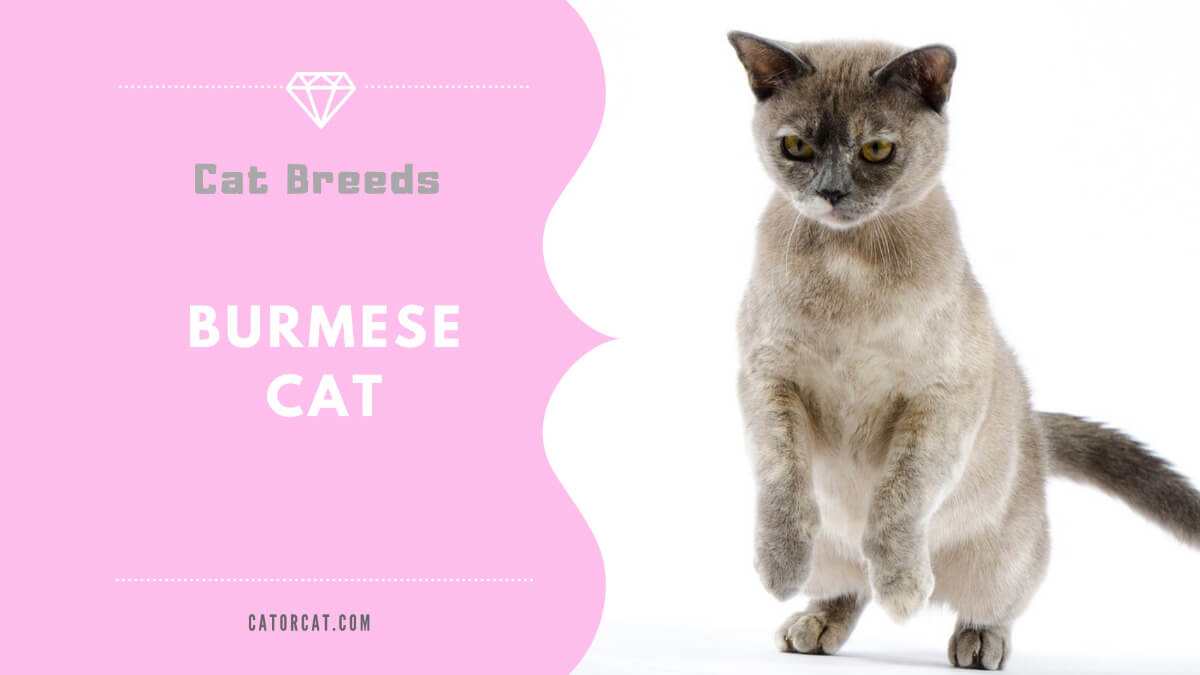 Burmese cat believed to be a symbol of fortune were first discovered in Siam, modern-day Thailand and the surrounding countries of Burma and Malaya.

Burmese cats have a strong, muscular build and an extremely elegant silky cat. Males are bulkier than females. Burmese cat breed females are elegant and graceful. Burmese cats can be recognized by a small circular head with widely spaced eyes that are usually golden or yellow in color. These are medium-sized cats with athletic built.

Burmese cat breeds are recognized by a short, fine and extremely glossy coat that gives a satin-like appearance and requires very little grooming.

It has a fine, close, even, and glossy coat. Their coats are very short, satin-like in texture, and generally require little grooming other than daily petting.

Chocolate or Sable is considered to be the original Burmese colors but over the years through selective breeding different colored Burmese could be found. Now you can see Burmese cats having coats in the shades of brown, blue, chocolate, lilac, red, cream, brown tortie, blue tortie, chocolate tortie and lilac tortie.

These are medium-sized cats but carry a lot of weight for their build. These cats usually way from 8 to 12 pounds.

The average life span of the Burmese cat is 15 years.

These domestic cats are known as Shubhalak in Thai which means that Burmese breed brings fortune with their splendid and beautiful appearance. There are two types of Burmese cats- American and European Burmese but most cat association doesn’t differentiate between the two.

Originally these bulky cats were known by typical Burmese color of brown and sable but are now available in a variety of shades. These cats are known for their intelligence and are extremely friendly and endearing housemates. 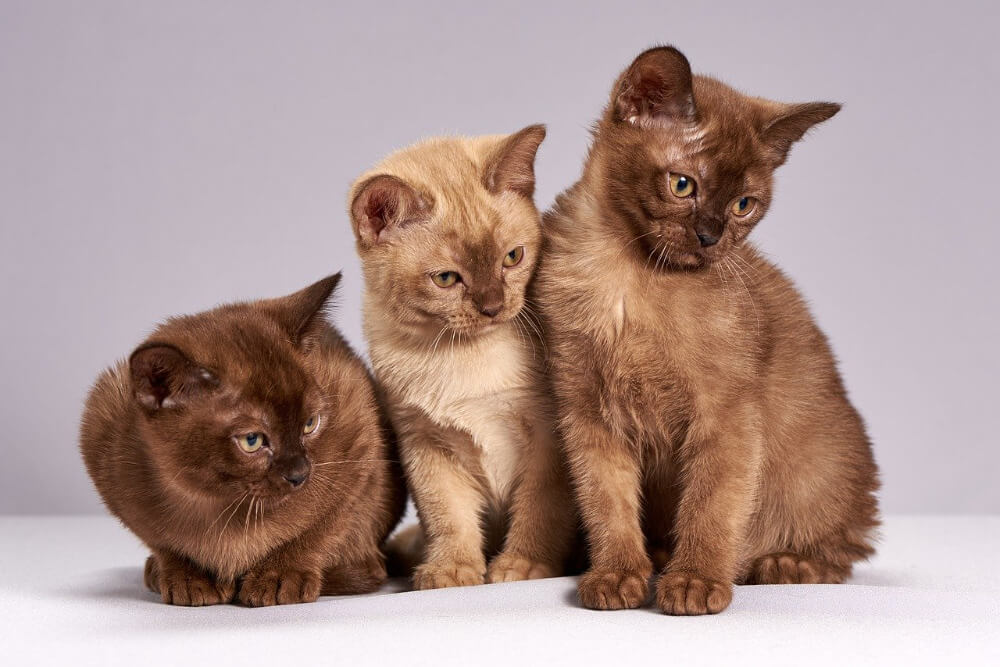 The modern History of Burmese cat dates back to 1930 when a female cat named Wong Mau was brought to San Francisco, United States by a naval doctor Joseph C. Thompson from Yangon, Myanmar (previously known as Burma).

Dr. Thompson mated Wong Mau to a cat most similar to her type the Seal Point Siamese. The Cat Fanciers Association (CFA) accepted the Burmese in 1936. In 1947 CFA withdrew the recognition as many hybrid Burmese/Siamese cats were being sold as purebred Burmese.

The CFA reinstated the Burmese for recognition in 1953 and for Championship in 1957. The renewed recognition was based on a new standard that permitted only solid coat colors without markings.

The ideal Burmese is a small to a medium-sized cat with a muscular frame, heavier than it looks, and a straight back. The Burmese is not as long and slender as the Siamese, nor as heavily boned as the British Shorthair.

Their paws are neat and oval-shaped with slender legs and neck, which give the Burmese a distinctive elegant look. The tail is medium in length, with a slight taper to a rounded tip.

They are an intelligent breed with a boisterous, lively and alert nature. They are also individual, playful, fun-loving, and even-tempered. Burmese thrive on the company both adults, children, and other pets alike.

Often dubbed the “dog of the cat world”, Burmese are extremely people-oriented. Their personalities are almost dog-like in a tendency to shadow their owners and in a desire to give and receive affection.

They are interested in everything their humans do, and will often help with all the tasks. Most enthusiasts say that the most outstanding feature of the Burmese cat is its affectionate nature. You can be guaranteed a loving welcome when you share your life with a Burmese.

Burmese kittens are known for their liveliness and the Burmese cat temperament doesn’t change as they mature. They grow as intelligent individuals who surely know how to charm the housemates including your pet dog.

The Burmese are a ‘low maintenance’ cat, requiring very little grooming. Most Burmese owners unconsciously groom their cats during the natural course of loving, petting and cuddling their cats.

A soft brush and small rubber curry comb is useful in removing dead hair. A rub with a silk scarf “polishes” the coat beautifully.