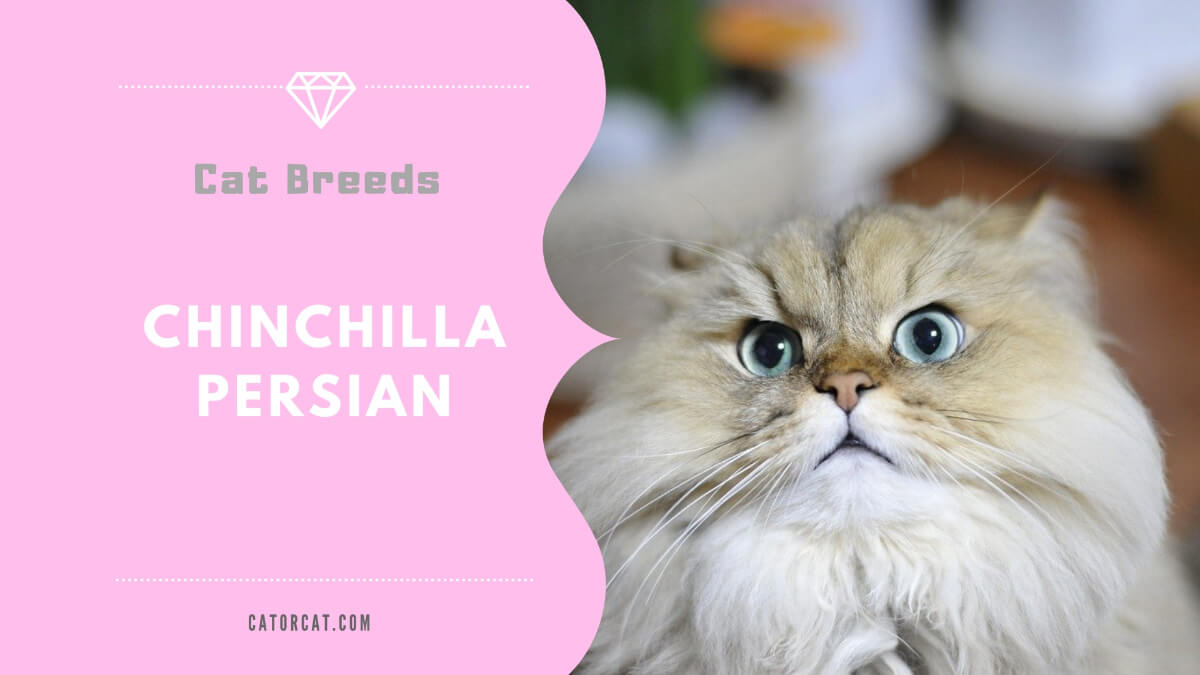 Chinchilla Persian breeds can trace back their origin to beautiful Persian cats. They get their name from South American rodents that have a similar kind of two-toned furry coat. Chinnie is considered to be the first Chinchilla cat that was bred in 1882 and can, therefore, be considered as the head of the chinchilla breeds.

Chinchilla cats are the most elegant and exotic cats of the Persian breed. Chinchilla’s Chinchilla cat breed can be recognized by their heavily boned and well-balanced stout body with lovely large eyes usually in the shades of emerald green or sea blue-green which appear to be outlined by kohl.

Persian chinchilla cats are known for their lovely thick coat made up of beautiful long hairs.

Chinchilla cats are known for their distinctive silver Persian or pure white frosted coats and the most prominent chinchilla colors are snow white. Chinchilla breeds also have white undercoats that have usually silver, golf or black tipping.

Based on the color markings chinchilla cats are named differently. Those chinchilla kittens that have darker shades of silver on their coats are called as shaded silvers. Another rare chinchilla breed is shaded golden where chinchilla cats coat is sprinkled generously with gold tipping.

Chinchilla cats are considered to be larger in size than the average domestic cats because of their furry structure.

Like other domestic cats, chinchilla breeds have an average lifespan of about 16 years.

Chinchilla cats can be your ideal flatmate as they are really a relaxed breed who would love to laze around and serves as a decorative piece. These long-haired cats with the stout body are not ideal companions for couples having young children as they lose a large amount of hair every day. 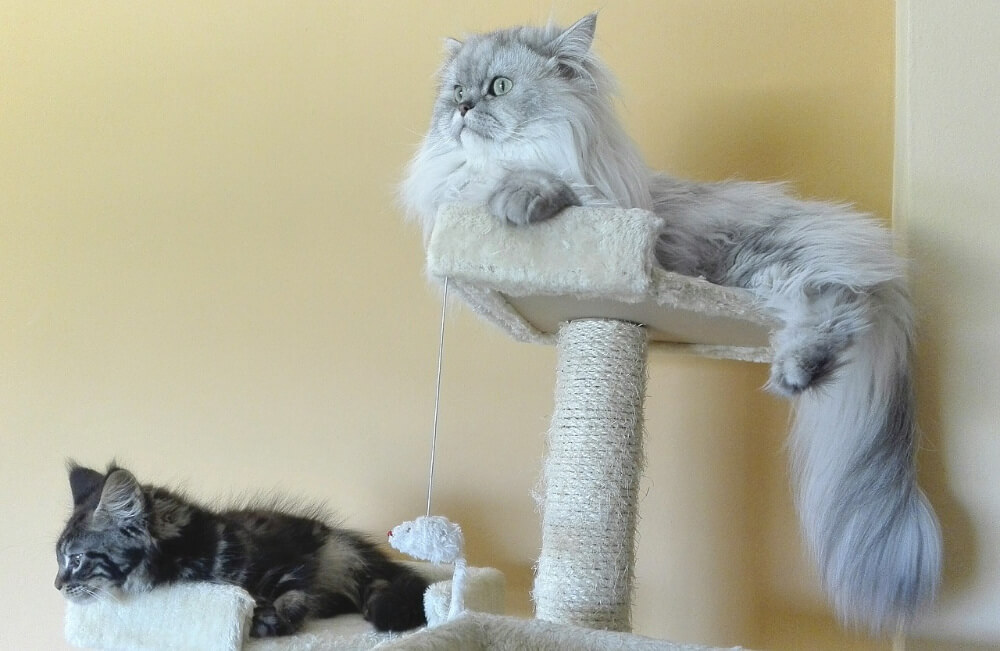 Chinchilla breeds are known to have a royal connection with the evidence reflecting the possession of a beautiful Persian chinchilla cat by Queen Victoria. Evidence suggests the existence of the first Chinchilla cat in 1882 that was called Chinnie who was later bred by Mrs. Hurt of Wakefield.

Chinchilla cats are known for their ethereal beauty because of their long silky silver or pure white coat, black pads and white undercoats. They usually have a bright red nose with black markings and beautiful emerald green or bluish-green eyes that have a black outline. These cats are surely the show stealers. And they are flat-faced.

Chinchilla behavior can be called cool and placid. Chinchilla breeds get quite attached to their owners and get along well with other pets of the family. However, these are lazy creatures who like to lie around on your cushions and sofa and serve as beautiful decorative pieces.

Unbelievable but it is true that all chinchilla kittens are born black with just tabby marks. But as they age the color of their coats turns to white and lovely silver. It is also observed that the silvery coats of these beautiful cats turn golden as they reach their adulthood.

As, these are essentially - show cats, chinchilla care involves brushing of their lovely coat for 15 minutes every day. Care has to be taken to brush their undercoat and arm hairs which can easily get matted.