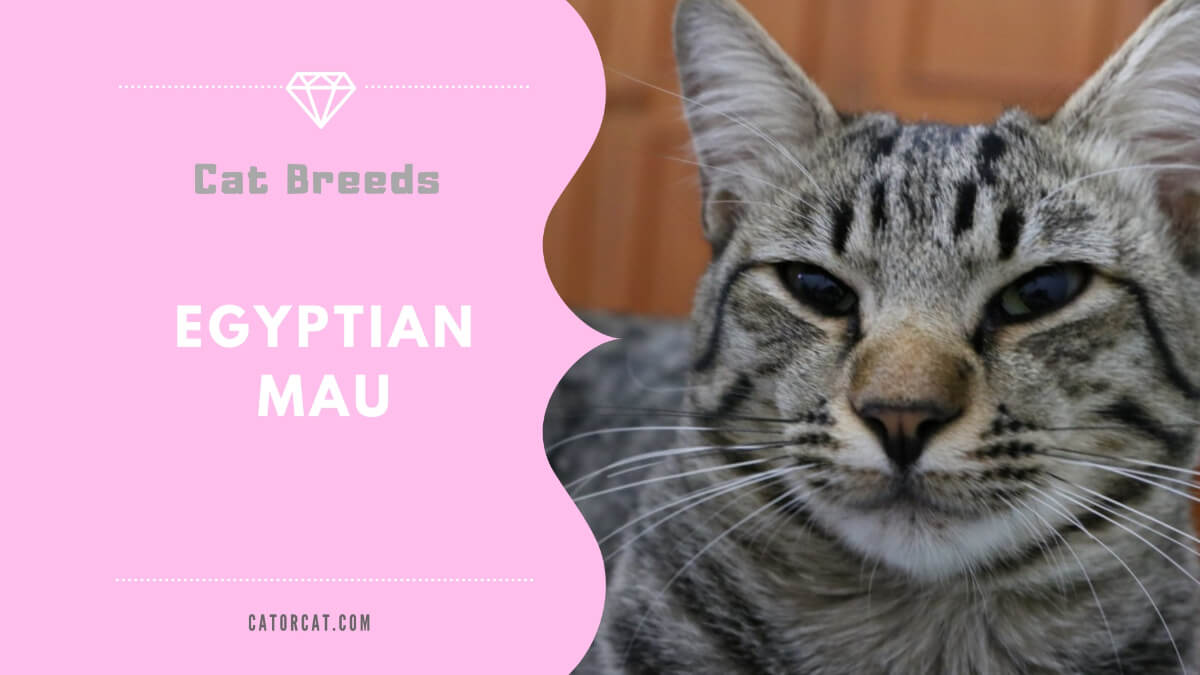 Nathalie Troubetskoy; the exiled Russian Princess brought the Egyptian Mau kittens to the United States in the early 1950s. There she founded the Fatima cattery; which expanded the population of these cats in the US.

A certain variety; was also imported from India and are rightly called the Indian line of Maus. However, these Maus are not allowed to breed with the other varieties of feline around.

The Egyptian variety of Maus is considered authentic and not allowed to mingle with other breeds. This is done with the endeavor to protect its originality. An Egyptian Mau kitten grows up with its kind.

The body structure of an Egyptian Mau is medium in stature; however, its hind legs are longer than the forelegs. This gives it a somewhat unduly gait. However, on the whole, the body is very muscular. Egyptian Mau breed is considered as a very authentic breed.

The coat of an Egyptian Mau breed is very thick and this breed of a small feline stands out in a crowd of feline due to its striped marking and spotted form. Egyptian Mau personality is very distinguished.

The coloring of an Egyptian Mau is also amazing. They are mostly silver, smokey and bronze.

The genders of Maus vary in size. The tomcats are around 10 lbs and the females weigh about 7 lbs. They are medium in stature though.

This feline can live for more than 15 years.

In reality; these cats have cat’s eyes in the real sense of the word. The purring sound associated with cats can be herd by this breed. Egyptian Mau history is a very interesting one. The features of a Mau are confusing and it often confuses with an Ocicat. However, the muscular and shapely form of a Mau stands out. The curves in the body can be distinct. 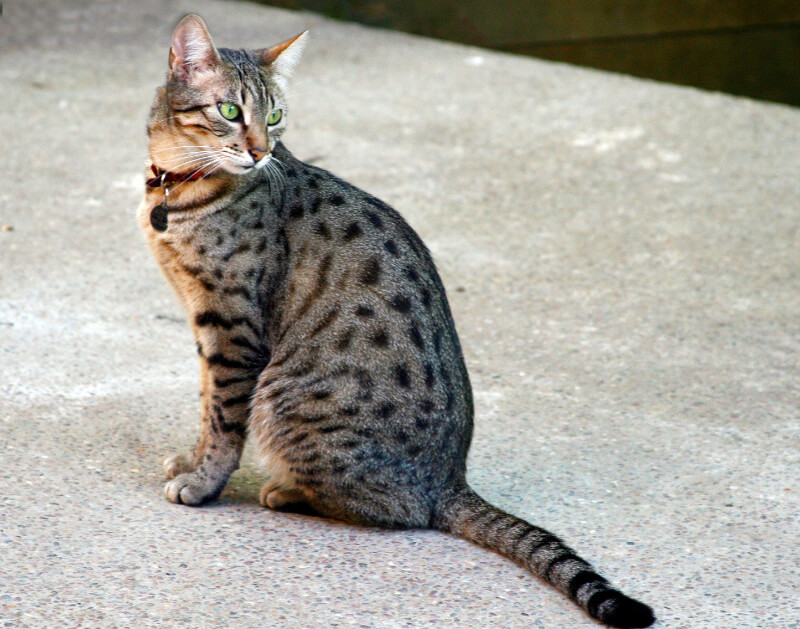 This breed is a direct offshoot of the most ancient domestic cat. Egyptian Mau health needs to be taken care of in a very calculated way. It is believed that the wild cat of Africa was domesticated over 4000 thousand years ago. Incidentally, Mau means cat in the Egyptian vernacular.

The head is rounded and there appear to be no flat surfaces in the temple region also. These are some of the

Egyptian Mau facts. The ear which is of medium size may also have a tuft. The large eyes if an Egyptian Mau is every sense of the word cat eyes. They are not as pointed as a regular cat for acute listening. Though, they solve the purpose of listening very well.

The Mau is a very sagacious creature and is very family-oriented. This fact applies to both the two-legged family as well as the four-legged family. Their purring is very enchanting and they do so when they want to express their pleasure.

When they are fully grown; they become very agile and adept in their doings.

Since, the Egyptian Mau temperament is very easy going; looking after it is not a problem. Regular sponging with a damp cloth and timely clipping of nails is what is required to groom them.