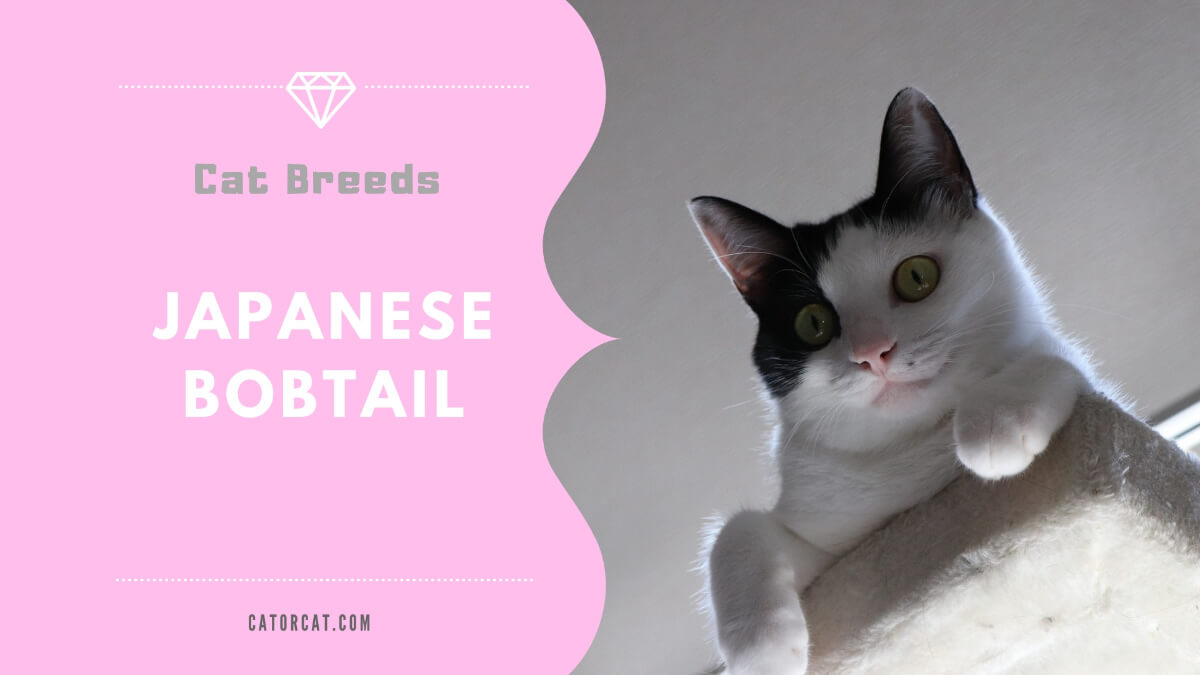 This breed of cat or small feline is from the Eastern part of the globe. The pace of its origin is Japan and the southeastern part of Asia. Although in contemporary times it is found in almost all the remote corners of the world. This cat is of medium stature and is a bit difficult to tame at times (like street cats). Japanese bobtail cats are true cats in every sense of the word. There are many myths concerning the bobcat and it is said that these cats have nine lives.

As it is in the Eastern part of the globe superstition is rampant and many such superstitions are related to the bobcat. This cat breed is a very ancient cat or feline breed.

The Japanese cat (bobtail) is a very proactive cat; the main appealing feature of it is its bobtail, hence the name. This feline is an intelligent one and it has been so for centuries. The annals of history would vouch for it. The culture in which it evolved is rich in virtues and so is the bobcat. Bobtail cat is a very venturesome cat.

The coat on a Japanese Bobtail is soft and silky with little undercoat. The short hair Bobtail has a short coat, and the long hair Bobtail has fur that is a bit longer.This feline has chiseled features and then statutes made as their replicas say it all. Bobtail kittens are very cute from the on start.

The most enchanting color of a bobcat is calico; they are referred to as mi-ke, though pronounced meekaay. The most common colors however, are Red and white and Black and white. The eyes of these bobtails are usually dual colored. Such being the case the kittens of these bobtails are very costly. The smokey variety and the silver varieties have in recent times occurred in America. This has apparently happened; however, such kittens are hard to procure. Japanese kitten is seen more as a decorative item for good luck; more than anything else.

These small felines are of small or medium stature and seldom weigh more than 9 pounds.

The life span of a bobcat is 17 years if taken care of properly.

Learn to take care of this lovely cat!

The shape of the head of a Japanese bobtail is unique. In other words, the head is triangular; excluding the ears and the listening is very active. If viewed closely; one would notice the chiseled cheekbones. The ears appear to be abnormally large; however, they are attuned to the slightest of sounds. 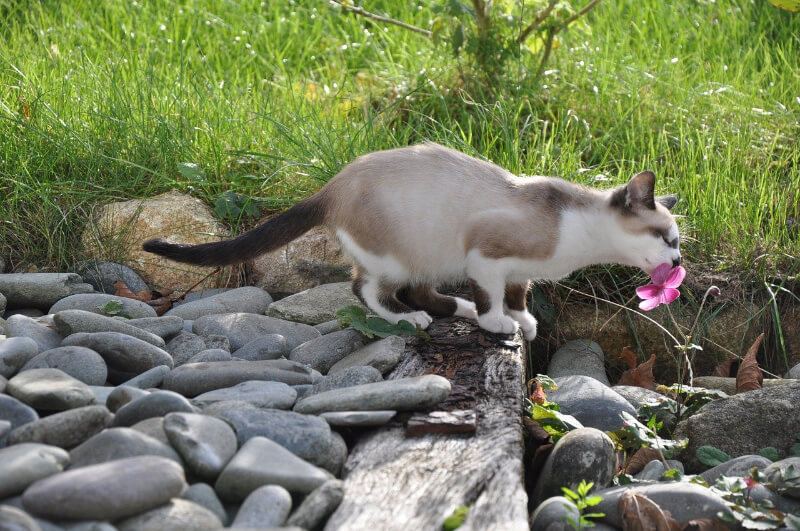 In the 17th century, the Japanese bobtails were a symbol of the affluent. However, later on they were pressed into service as guardians of granaries. It is only after the end of World War 2 that these cats were taken up as pets. This was done by the servicemen of the US army.

Appearance-wise the Japanese bobcat is muscular and sturdy. The face is triangular, the nose happens to be longer and the ears large. They are called bobtails; because their tails resemble the coonday of a young girl.

These feline are very sagacious and vocal. They get adept at human surroundings easily and are very versatile. The most enchanting feature about a bobcat is that they appear to have a highly developed sixth sense.

These felines are of a small size. They are noticeably longer and highly developed muscles.

The bobtail (Japanese) does not need any extra attention. However, the longhaired variety; of bobtails needs grooming with a brush at times. This much effort needs to be put in by a pet owner. Japanese breeds are fast becoming a favorite the world over.