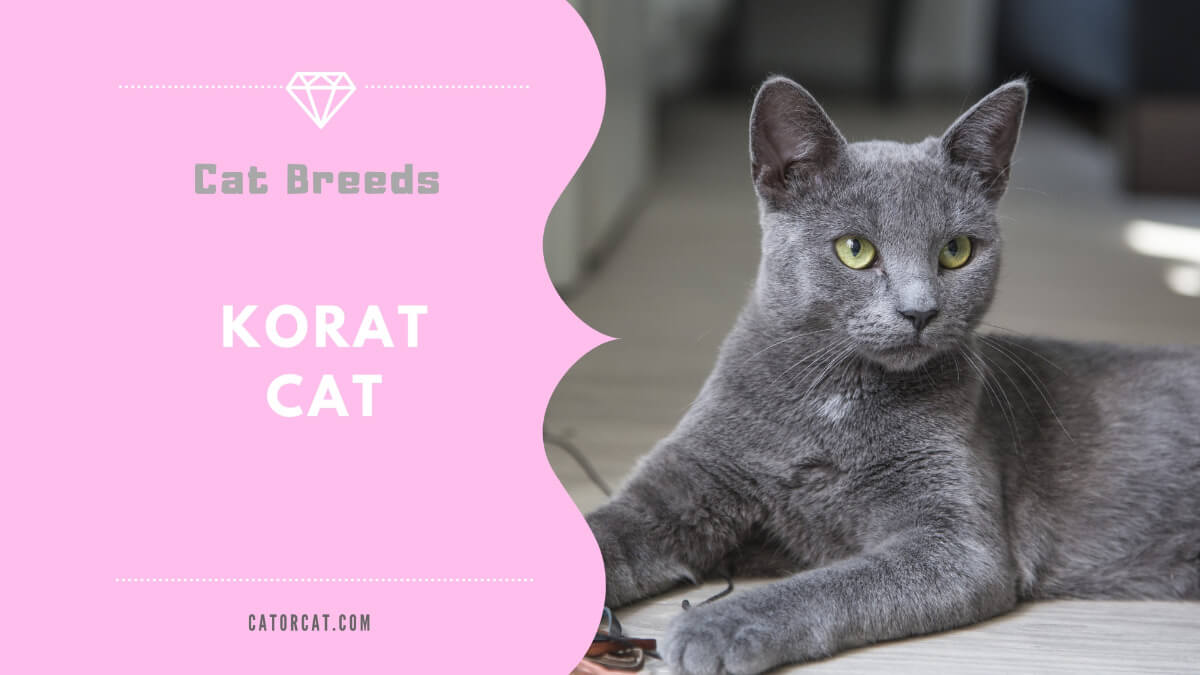 This inmate of Thailand is known as the Korat cat. In ancient Thailand it was called the Si-Sawat cat or feline. The contemporary name was given by King Rama of Siam. All this happened in Thailand; after he was gifted the cat. Actually, the King wanted to know from where the cat belonged and he was told that it belonged to the plateau known as Korat, hence the name.

They were, however, introduced in the US in the year 1959. Later on, they have been exported to Thailand on a regular basis. Korat kittens are exported on regular intervals around the globe.

The Korat is not a cumbersome cat and the body fat is very low. This being the case; they may appear to be lightweight. However, the truth is that their bones are very heavy. Both the genders have a cavernous chest and so the sounds made by them may sound hideous at times; especially in the mating season.

The head of this feline happens to be heart-shaped. They possess a single coat and this means there is no protection under the coat. This makes them susceptible to harsh weather at times.

The coat is naturally silver blue; however, the silver becomes more vivid with age. The colors of the eyes are of a green hue and this enhances with age.

The tomcats of this species weigh 9 pounds and the gentler gender weighs about 7 pounds.

They can live up to 17 years of age if cared for properly.

The heart is measured in an imaginary way; by calculating from the chin to the ears and to the behind of the head. The eyes of this feline appear to be oversized. However, they seem to be slanting when half-closed. 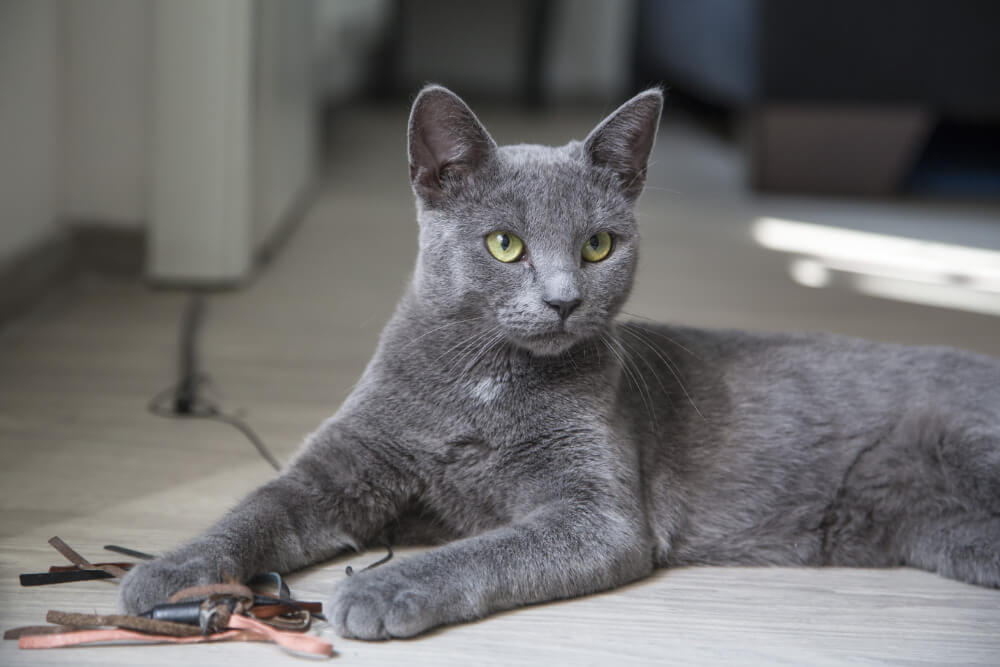 The Korat happens to be one of the most ancient bred cats. The initially originated in Thailand and then spread around the world. They are often referred to as a good luck charm. They are gifted to lovey-doveys and were not sold until recently. However, they are gifted only in pairs.

This feline is of medium stature and has short hair. They have a cavernous chest and are well muscled. They have a singular coat; which is of a blue hue mostly.

The Korat is a very headstrong feline; with distinct likes and dislikes and it is very playful in nature. If they are kept as pets; then the human territory they occupy becomes their own. With the aid of a good trainer, they can be trained to do some amazing things.

These feline do not grow more than that of a medium stature.

This breed of the small feline is easy to keep as pets; as they would let you know what they want. They would insist on eating what you eat; however, this can prove fatal in the future; so it should be curtailed. Korat cat breed is, on the whole, a different breed altogether.