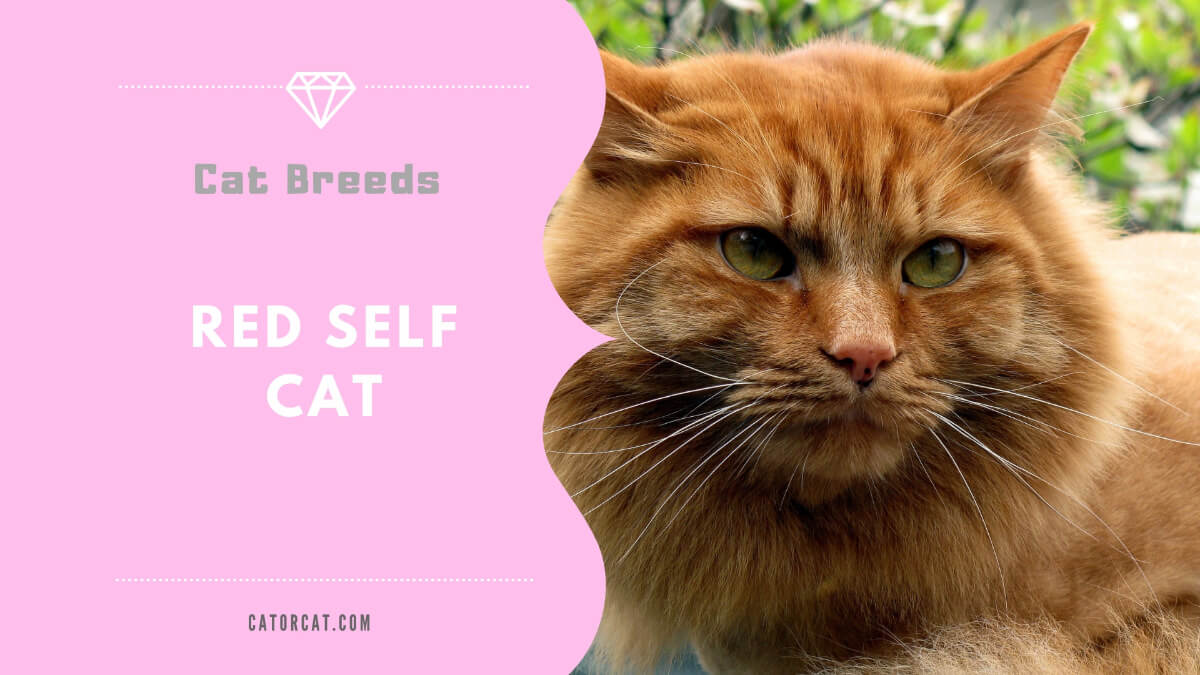 Red self cats are nothing but the red tabbies or red long hair cats. It is therefore next to impossible to find a lack of tabby spotting on red self cats. Found in early 1895, these red hair cats made a mark in the early 1930’s.

These red self cats have a short and cobby body with a short fluffy straight and low tail. They have short thick legs with large round brick red paws.

These red hair cats have an orange or brick red coat. These red self cats have a solid color coat with any absence of tabby markings.

These red self cats are like tabby cats, medium built with long red hair.

The average life span of these cats is around 14 to 20 years.

Red self cats are not a very popular breed. Developed from red tabby this English breed is attractive red hair cats that reproduce a litter always having the same red colored coat.

As this cat is developed generally from red tabbies, you can see the regular tabby markings on heads and tails. There are other varieties of lighter coat colors that have been developed from the red self.

The first sets of red long hairs were showcased in Britain in early 1895. Excellent stock of these beautiful red self cat breed was produced by a German breeder that unfortunately got destroyed in World War II. The breed became practically extinct but due to keen interest shown by the European breeders, you can still see these beauties being a part of the show.

These red hair cats are known for their snub nose which is usually of a brick red color and a unique horizontal indentation that exits between their eyes. These cats have large round eyes usually in the striking shape of copper and chin and lips which are usually of red color.

The small round ears and short legs the beautiful red self are known for their silky deep orange coats that lack any tabby markings or shadings.

Not many details are available about the red self companions.

Some people may develop allergies because of the hair droppings of these red hair cats, hence regular combing (learn how to groom properly) is needed to maintain their beautiful silky coats.