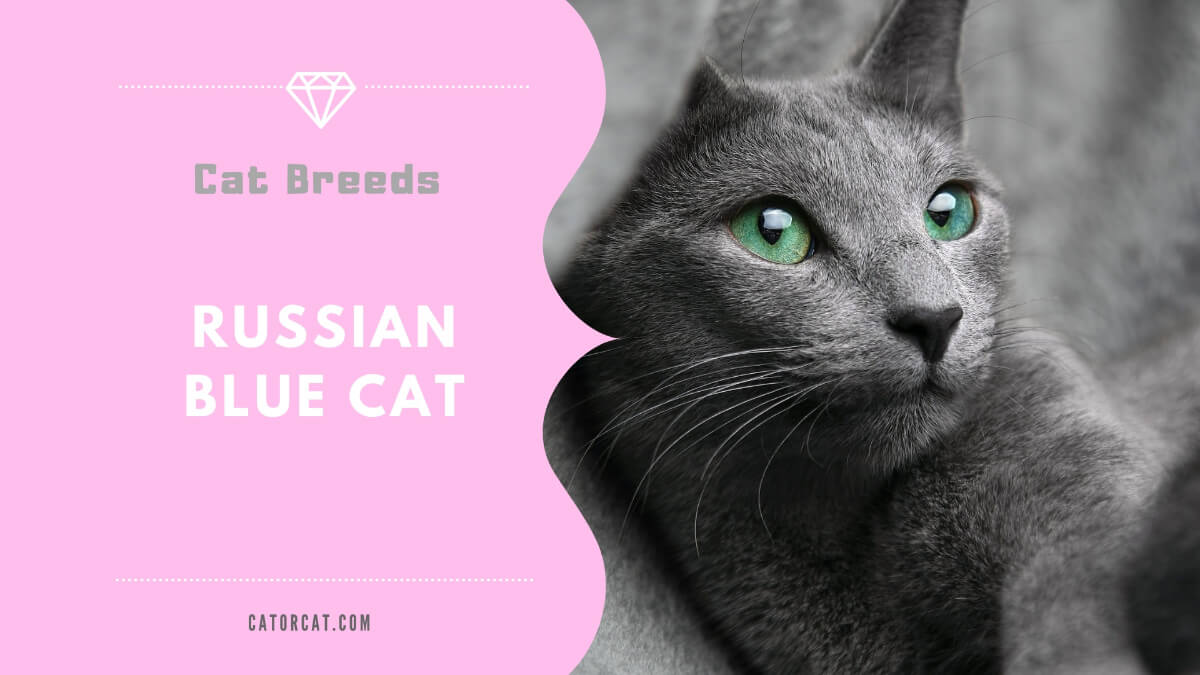 There are many stories floating around about Russian blue cats. Believed to have been originated from Archangel Isles located in the northern region of Russia, these cats were brought to Europe by the sailors in the early 1860s. These cats were originally known as Foreign blue or Archangel cats.

Russian blue cats are regal beauties with a fine-boned, firm, long and muscular structure. Russian blue characteristics include a lithe body with a graceful outline makes them creature of ethereal beauty.

Russian blue cats have one of the most beautiful unique short silky coats which are usually of bright blue color. Each hair of the coat of Russian blue appears to have been dipped in silver giving them a beautifully lustrous appearance. The coat should not have any tabby markings.

These Russian blue cats come in only one color that is even blue throughout their coat. Lighter shades of blue are preferred in cat shows. Most of these hairs have silver tips which give them a unique sheen. More Russian blue characteristics include the slate grey nose, mauve or lavender-pink paw pads and beautiful green eyes.

These are lithe long cats known for their grace and agility

Russian blue life span is the same as the other domestic cats and is between 14 to 20 years.

Russian blue cats are known for their beauty and equally charming is their undemanding nature which makes them perfect companions for people looking for a pet even in this busy life. There affectionate nature and blue silver luminous coat make them unique cat breeds that are preferred by people looking for show cats or domestic pets alike.

People believe these beautiful creatures to have been descendants of royal cats kept by Russian czars and Queen Victoria. Believed to have been bred at Archangel Isles in Russia these cats were brought by sailors to London in 1860. These cats were first shown in Crystal Palace in 1875 but become more popular in 1912.

After World War II Scandinavian and English breeders gave special attention to breed Russian blue cats and in 1960 become the most popular type of domestic cat.

Russian Blue cats are known for their royal appearance with a plush silky extremely dense double coat. The silver tipped hair gives them a lovely sheen. The head of these cats gives the appearance of a cobra.

These cats have large round bright green eyes that are set wide apart and pointed long ears that are wide at the bottom. Russian blue characteristic involves long legs and small round paws. These cats have a fine, long and muscular body with a long tail.

Russian blue cats are gentle and extremely affectionate cars. Russian blue personality includes traits such as intelligence as they are able to understand the mood of the household. These quiet cats are extremely loving and playful companions. These devoted creatures get along with other children and pets.

Russian blue kittens are made available from breeder after 16 weeks as by then these cats become physically strong and their basic inoculations are over.

These Russian blue cats require very little grooming in the form of periodic nail clipping and maintenance of glowing coat by occasional combing and lots of petting which gives them more time to spend with their owners.