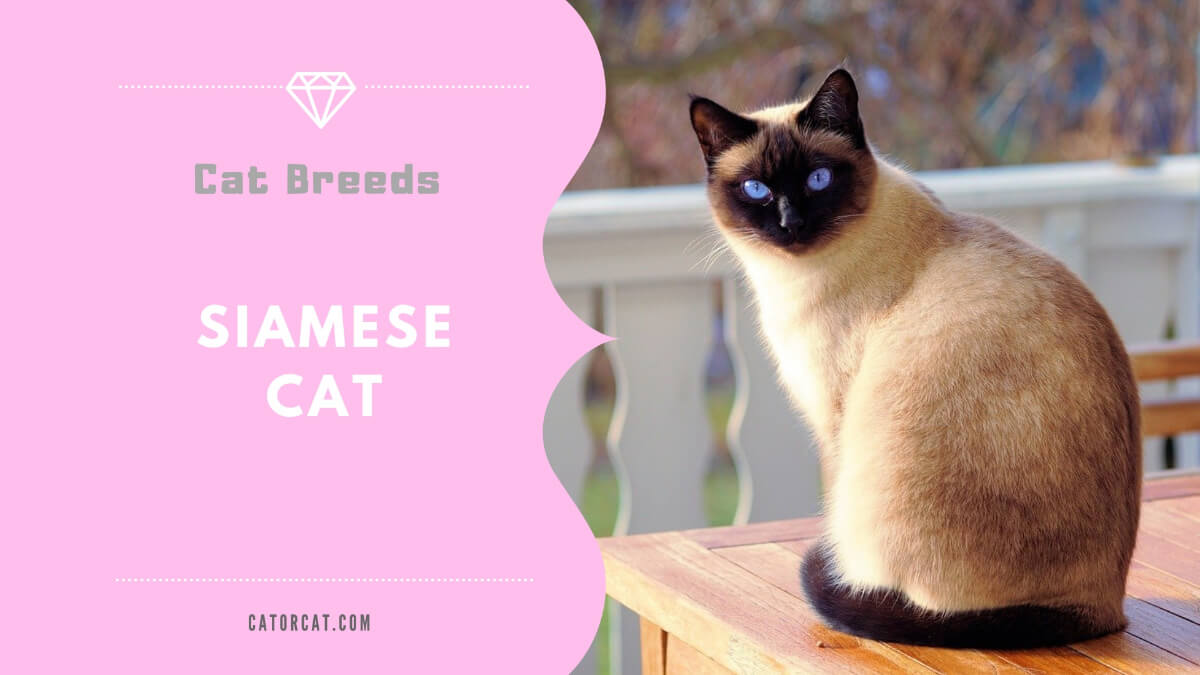 Believed to have been originated from the famous temple cats of Siam (Thailand) these mesmerizing cats have always fascinated the world with their beauty ever since they first appeared in late 1800. These cats were brought to England by an ambassador from Siam and first appeared in the United States in only the twentieth century.

Siamese breeds are known by their coat made up of soft, glossy short hair lying very close to their body

Typical Siamese colors are pointed color patterns on a white or a cream base. The majority of Siamese have dark brown or seal colored patterns and are known as seal point siamese.

The other common Siamese colors include cool grey or blue, light brown or chocolate and lilac. Siamese tabby pattern and tortoiseshell point Siamese are also common.

The Siamese cat breed are medium-sized cats with long limbs and doesn’t have a cobby body.

Siamese cats like all domestic cats have a lifespan of about 15-20 years.

Also known as “moon diamond” in Thailand, the Siamese breed is one of the most preferred varieties of domestic cats loved by pet lovers in America and in Europe.

One of the first oriental breeds to have charmed the westerner with their beautiful almond blue eyes, aristocratic head, and striking color variation Siamese cats temperament marked by traits like inquisitiveness, playfulness, and intelligence makes them all the more endearing. 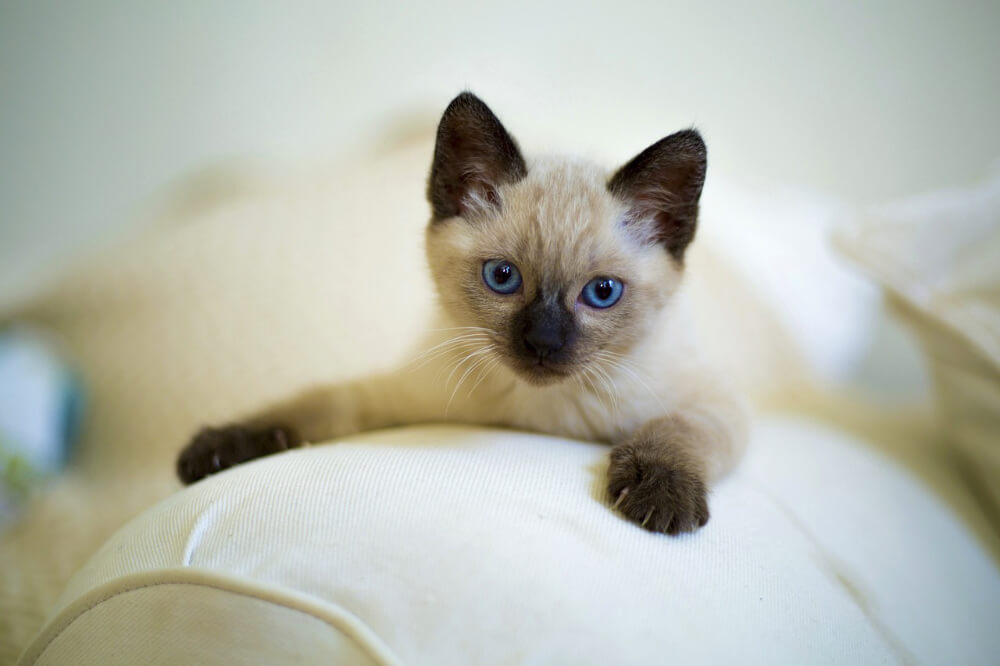 History goes that the first pair of Siamese was brought to London by the British ambassador to Bangkok Edward Blencowe Gould for his sister.

Siamese breeders’ experiments with the cat’s look and modern breed of Siamese cats are slimmer in appearance.

The most noticeable feature of the Siamese cat personality is the pointed color scheme. The traditional Siamese cats were known for their long lithe limbs, a wedge-shaped face completed by a long neck and equally long tail.

These cats have short coats lying very close to their body doing full justice to the long body curves. Blue almond-shaped eyes are one of the most outstanding features of this cat.

The Siamese breed is rightly known as the people cat as they simply love to cuddle on your laps, be around you and communicate with you effectively using their voice and body language. These extrovert cats are known for their keen intelligence and affectionate nature.

Siamese cats are pure white or cream at birth and develop first visible color points in the coolest parts of their anatomy in the initial few months. You can clearly distinguish the color point pattern in 4 weeks after their birth.

Not much is known about Siamese cat’s care. Regular brushing and nail clipping should keep them in perfect health (learn proper grooming).