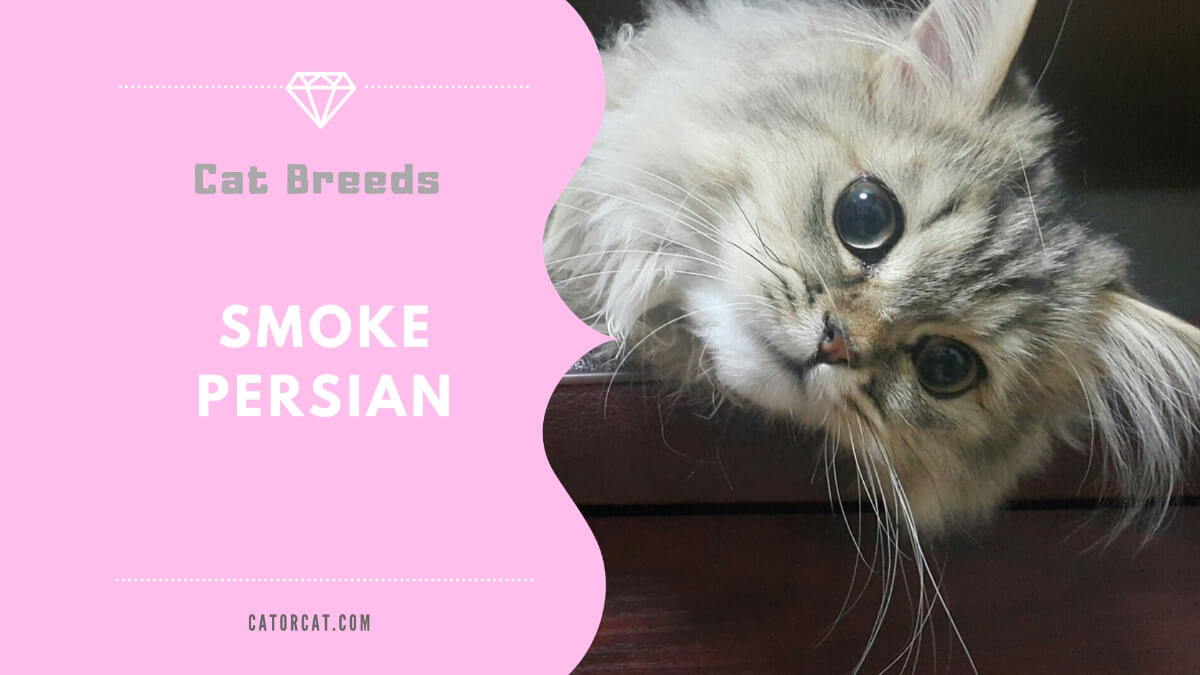 The actual origin of these amazing smoke Persian cats is unknown but many believe that these smoke cats were evolved in the late 18th century by cross-breeding blue and black Persians with silver tabbies. One of the earliest black smoke Persian cats has sinister green eyes!

The smoke Persian cat usually has a large to the medium body usually defined as cobby. These smoke cats have small legs and appear to be massive because of broad shoulders and fluffy long coat.

Smoke Persian are medium-sized cats that appear to be larger because of their long hair coats.

These long hair cats have average of life about 10-15 years.

This Persian is one of the most striking breeds of cat with usually jet black or blue coat with hair gradually turning to silver right up to its roots. The entire body of the smoke blue Persian cats like its legs, ears, and face are extremely black with face frills, ear tuffs and ruff having a silvery touch. These cats have large bright copper eyes.

Smoke Persian cats first appeared in seen in late 1800 and were thought to be produced by the cross-breeding of black and blue Persians with the silver tabby cats. Black smoke cats were the earliest breed of these long hair cats to appear in the scene and they were not assigned a unique cat category till 1889. Blue smoke Persian was the next color of the smoke Persian.

These cats are an affectionate creature who demands a lot of attention. Smoke Persian are basically show cats that like to be a connoisseur of all eyes.

You need at least one shaded or smoke cat to get a smoke Persian cat. The probability of getting perfect male smoke Persian is more than getting a female smoke Persian having a perfect coat. Smoke Persian kittens have white/grey marking in their eye at birth and the undercoat starts developing in next 6-12 weeks.

As these smoke cats have very dense coats most of these smoke cats initially appear to have a silver body with a black spine line for the initial few months. But there is a dramatic change in color of the coat with the tips becoming lighter and roots going darker.

Smoke Persian long hair cat grooming includes daily brushing of their coat to remove any tangles. These smoke cats should be regularly bathed and then should be carefully dried. These cats should also be regularly checked for polycystic kidney diseases or eye disease on a regular basis.